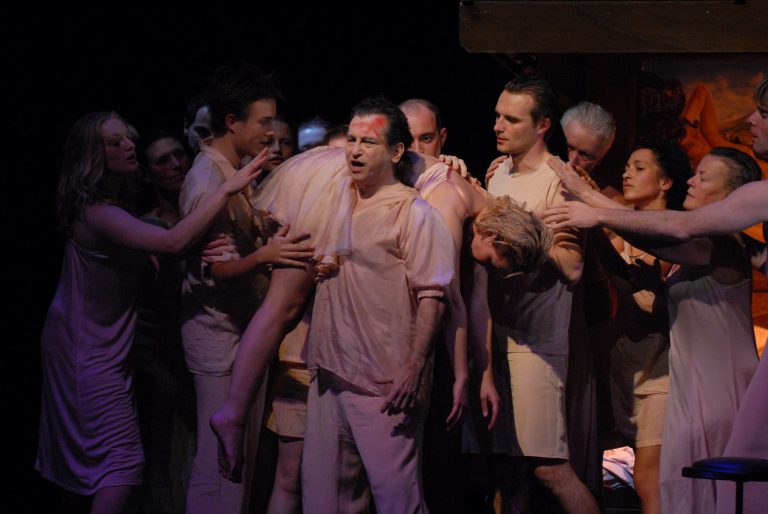 So, you did great AND they’re interested! They may want to talk to you then and there. If you really can’t and have to catch the last train back tell the KBB person running the audition. They will understand, but let them also know how excited you would be to sing at their theater. Even if it’s Hof and Hamburg has just offered you a contract, don’t have an attitude or count your chickens before they are hatched in a signed contract. There may be pieces you’ll want to sing there later.

The main things they’ll want to know are do you seem like a reasonable colleague and do you fit into their plans. They will probably ask you about a range of pieces they may want you to sing, and you’ll have to give them an idea of whether you’re alright with them. The main issues  will be whether you think you can and should sing these pieces, how many productions they expect you to be in and what you and they see a few years down the line.  Depending of your voice type you may have to decide whtether you’re willing to sing smaller parts which are in you Fach. Many Fächer contain kleine Partien, mittlere Partien, and große Partien. Mezzos and Basses in particular will probably have to sing many of the smaller roles. It comes with the vocal territory but can be very valuable for guesting and entree into important theaters. You’ll have to try to strike the balance between what you want to do and what you have to do. You can also always say that you need to talk to your agent or think it over. If there’s enthusiasm on both sides you can agree to lots of things, with the proviso that your agent has to approve and  of course review the final contract. The German saying is “Vertauen ist gut, schwarz-weiß ist besser”. Trust is good, black and white is better.”